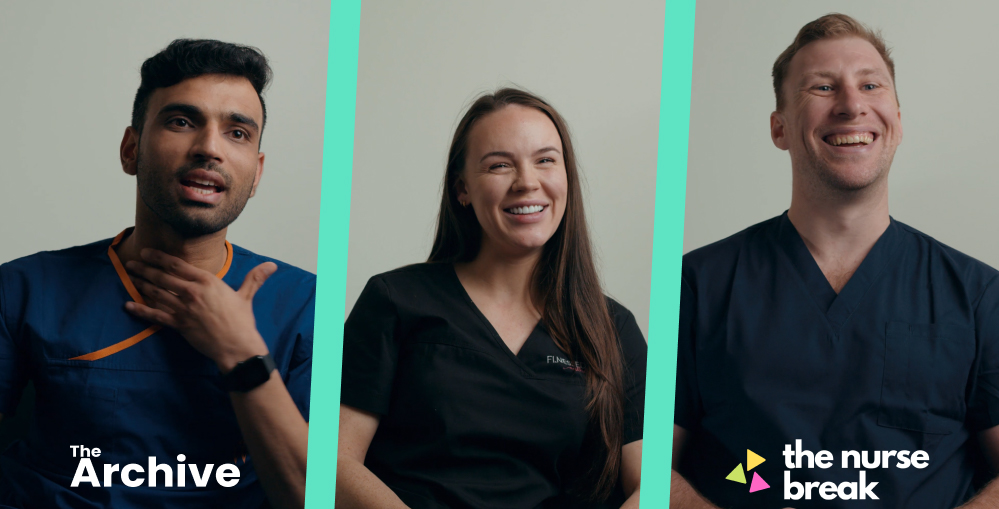 Health care is regarded as a high-risk industry when it comes to workplace violence and aggression, and the issue has been highlighted in a new mini-series involving frontline nurses.

The online mini-series, titled Wouldn’t you like to know?, is co-produced by Jackson Heilberg, an emergency nurse and founder of The Nurse Break, and Daniel Delaway, founder of The Archive.

The series, which takes inspiration from the ABC’s You Can’t Ask That, puts the spotlight on a broad range of nursing issues, starting with the brutal reality of violence faced by frontline nurses.

Incidents of violence and abuse, such as being followed, threatened, and being knocked unconscious, are exposed in the series. The issues compounded by mental health, a failing aged care system, drug use and the feeling of increasing disrespect for healthcare workers amongst nurses.

“I’m an emergency nurse myself. I’m very aware of violence that colleagues experience,” Mr Heilberg said, which also extends to those working in aged care, mental health and other disciplines.

He said the stories of violence are “shocking, but not surprising”.

“It’s happening and you don’t hear about it, and it is more extreme than we could put on the video to be honest.”

Mr Heilberg said as a nurse they understand being a patient is stressful but “people have to take responsibility for some of the behaviours“.

“When you chuck in aggression and violence, it makes a difficult job already more difficult.”

However, he acknowledged it is a complicated issue to address with there being a lot of contributing factors to how violence occurs such as unmet needs – pain, hunger, inability to communicate, frustration, etc.

While the first episode focuses on the serious issue of violence in nursing, the series is not all doom and gloom with a variety of topics set to be explored including advice to junior nurses and self-care after a stressful shift.

To date the series has covered the loves and hates of nursing, common misconceptions of nursing, and nurses sharing the rudest insults they’ve received. The latter episode is designed to bring awareness to the daily verbal abuse nurses face, however it is acknowledged that disease or medical conditions can be a driver of this behaviour.

Sharing the perspective of nurses is important for Mr Heilberg and is also what inspired his decision to start The Nurse Break in 2019. After meeting “amazing nurses doing incredible things” he wanted to find a way to capture what they were doing.

The popularity of the site, he said, highlights that it was needed and that nurses wanted an avenue to share their stories.

“There isn’t a blog out there that captures what nurses do,” he said. “Nurses are often the silent majority and their stories and perspectives are often not represented”.

Episodes of Wouldn’t you like to know? are published on The Nurse Break Facebook page, or you can find them at The Archive’s YouTube page, here.